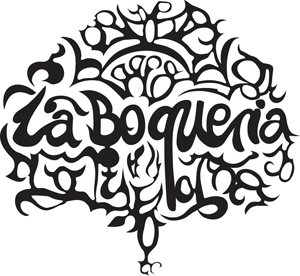 Just like its Barcelona namesake, La Boqueria Smallgoods is a collection of produce dedicated to authenticity, prime ingredients and of course, flavour. Unlike the iconic La Rambla institution though, this La Boqueria has been created right here in Australia.

Developed by Spanish produce importer and proud Catalan, Emile Gomez. He has spent the past decade carefully selecting the finest jamón ibérico de bellota, richly flavoured mojama, brightly hued paprika and precious Pedro Jimenez vinegars for Australian consumers and restaurants. La Boqueria is a manufacturer of Spanish, authentic, artisan smallgoods, Inspired by traditional methods (protected in Spain by laws that support and protect historical recipes and manufacturing methods). We developed mentorships with the custodians of the embutido craft, butchers and traditional manufacturers, with the vision of creating an artisan range in Australia. This is how La Boqueria was born. It's core ideals are authenticity and tradition. We not only use sustainable, cruelty free animals, but the very best of the animals that the recipe dictates. Our Nose to Tail range includes Australian pork, wild boar, Spanish paprika, carefully selected ingredients and tradition.

The Boqueria market in Barcelona dates from 1217. In 1470 Pig market began and was known as Mercat Bornet or Mercat de la Palla, (Straw market. In 1826 Barcelona decided to construct a separate market on La Rambla. The market was then legally recognized, and the metal roof that still exists today was constructed in 1914.

Today, the market spirals from its fish mongers centre where you can find the best Spain offers in fresh seafood and the plump delicious Bacalao and Anchovies and Boquerones from the Cantabric waters, past the sun dried Morron, ñoras peppers, chillies, Saffron, Golden raisins, corn fed chicken, whole sides of beef or Veal, fresh Padron peppers, Raff tomatoes and Pine Mushrooms, to one of Spain’s love; The PIG. Here you find from nose to tail of the best Pigs in Spain. Jamones Serrano, Iberico Bellota, Lomo cured or fresh ready for the grill, Fuet, Salchichon, Morcilla, Butifarra. A sea of the best from Cataluña and the rest of Spain’s salamis that will make you want to stay in Barcelona to have la Boqueria as your one and only food source destination. 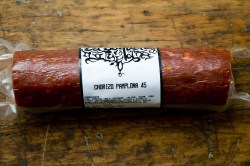 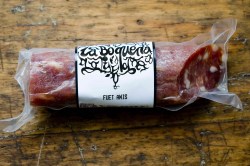 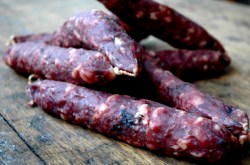 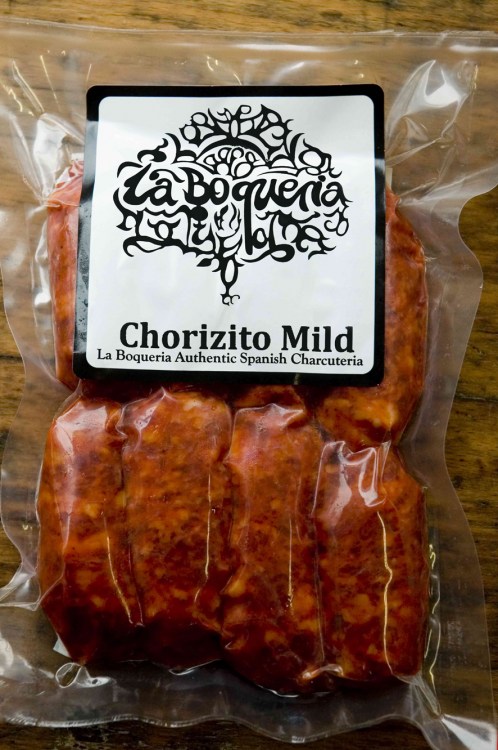 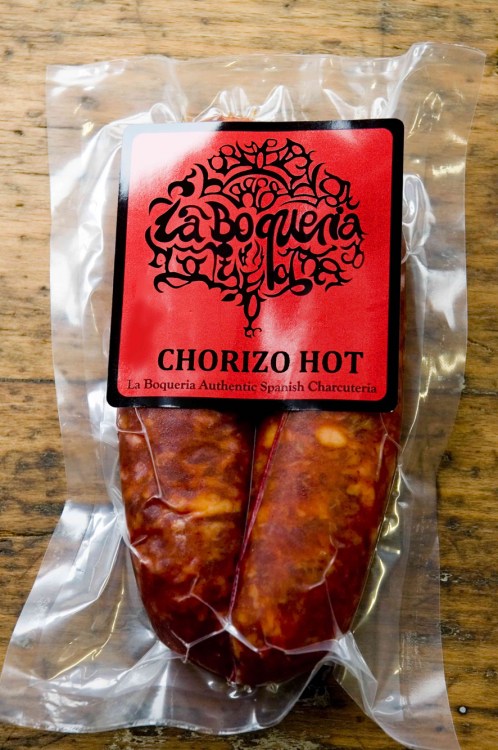 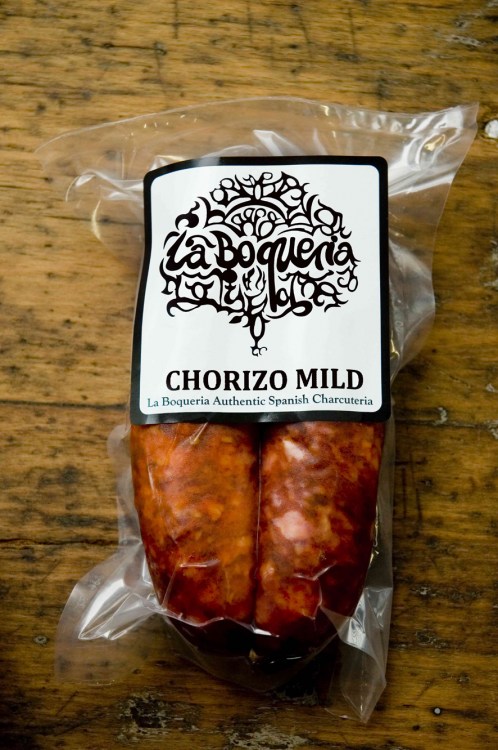 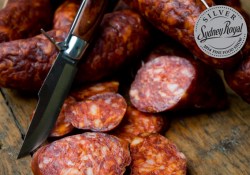 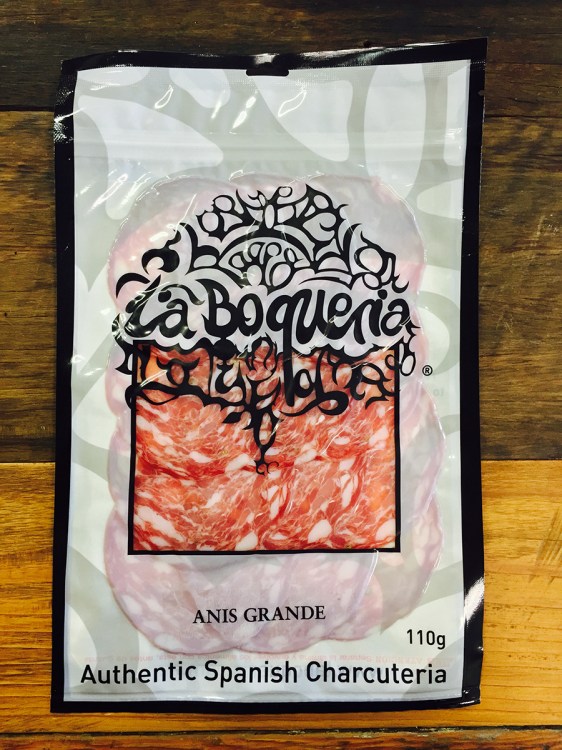 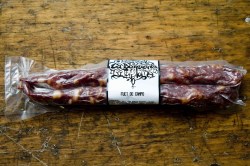 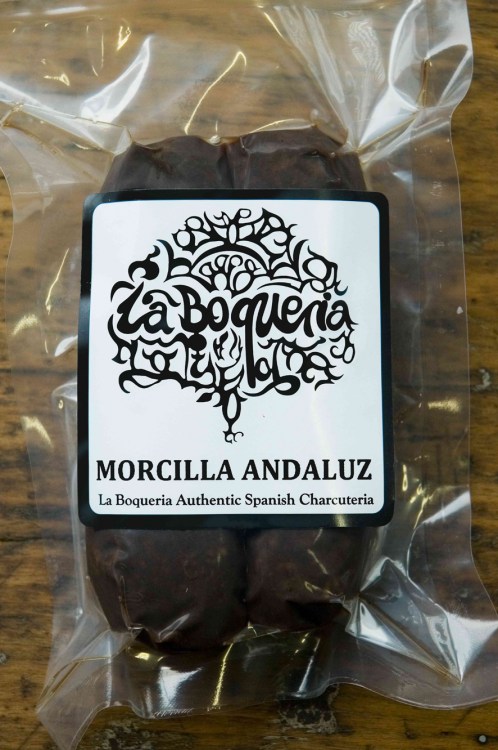 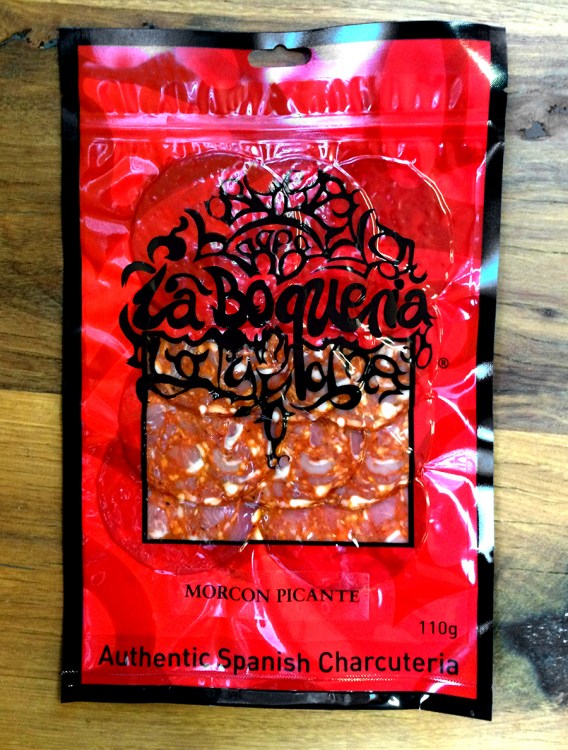 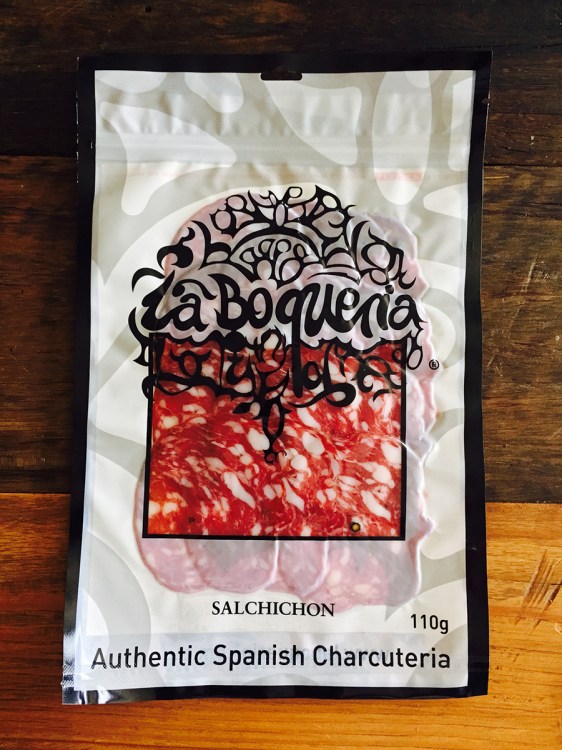